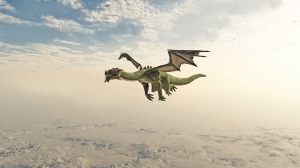 Ch. 21.5 – Janine gritted her teeth. She should have known better. Name day gifts always turned out wrong. “I need a job.”
Bee picked up The Nelsonia News from the counter. “Let’s see what the want ads have to say.”
Janine read the date at the top of the front page. “Mr. Dumfries may be a dear, but he’s the slowest postman in the world. This newspaper is over a month old.”
Col nodded. “It’s a good thing we have the magic mirror and the birds to find out what’s going on in the world.”
Each of them took a page and scoured the news, ads and announcements.
Col said, “Prince Ezra has invented a system of brick tunnels to bring fresh water into the valley from the mountains. He’s calling it an aquaduct.”
“Listen to this,” said Bee. “The Princess Zelda Mary of Saltonia will marry Prince Eli of Nelsonia in six months. She will be travelling by coach to Nelsonia soon to meet the prince. That’s strange. According to this, the prince and princess have never met before.”
Janine shuddered. “I feel sorry for Prince Eli. He has no idea how bad his life is about to be.”
“Maybe you should warn him,” Bee said.
“If I go to the castle, then Zelda will find out I’m alive and come after me.” Janine hesitated. “On the other hand, I wouldn’t wish Zelda on my worst enemy. Maybe I could write Prince Eli an anonymous letter.”
“Good idea,” said Col.
Col jabbed a finger at an ad two thirds of the way down the Classified page. “Ah, ha! It says here that a young, strong, honest helper is needed to clean house and organize the master’s library and treasury. Must enjoy reading. Please apply in person to Fritter Browntoes. This sounds like the perfect job. You should be able to catch Mr. Dumfries if you hurry. He’ll tell you exactly how to get there.”
Janine grinned and jumped up. “I’ll start packing right now.”
When Janine was safely out of the room, Bee whispered, “Do you really think it’s safe for her to go to Jay?”
Col squeezed her hand. “I have a good feeling about this. Don’t worry.”
Janine didn’t own a lot of property. She threw some clothing and her favorite books into her old knapsack, along with the small light Old Bob had given her. She then sped back downstairs.
Freddie sat at the door, gazing at her hopefully.
Janine knelt down and stroked his head. “Freddie, dear, I want you to stay and take care of Col and Bee for a while. As soon as I can, I’ll send for you.”
“You won’t forget about me?”
“Never.” She kissed her dog and straightened up to see Col and Bee with tears in their eyes.
Col smiled bravely. “We’ll see you again soon.” He pulled a straw hat from the air and put it on her head.
Bee handed Janine a new green cloak and some sturdy boots. “Guaranteed to keep you warm in the coming winter.” She sniffed and dabbed her eyes.
After hugging and thanking them both, Janine slipped her magic mask in place and ran up the road.